Office for the supervision of all carpentry work (architecture) of the domain. The documents of the Date clan in Uwajima indicate that the officials, carpenters, masters, and masons were working under the Sakuji-bugyō. 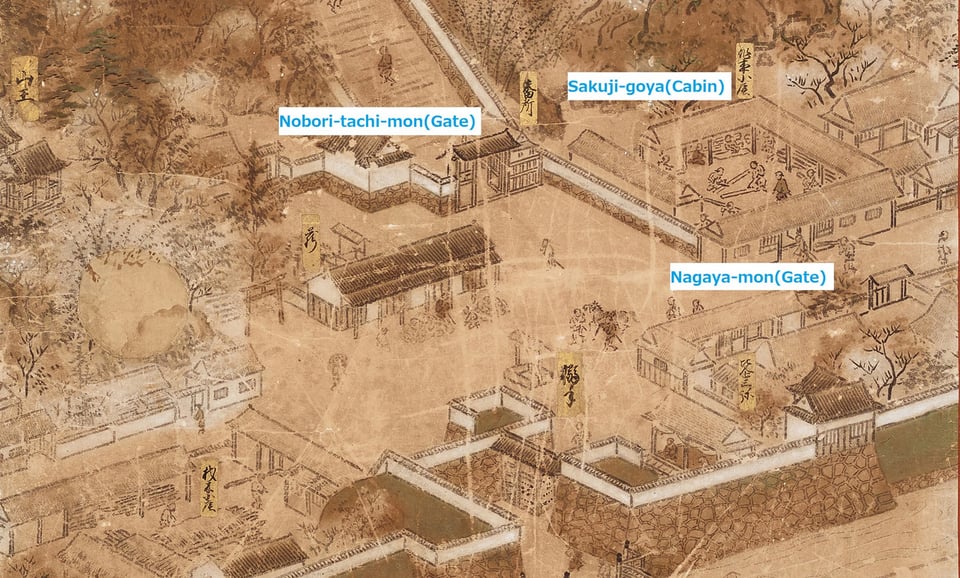 Used as a samurai residence since 1596, after Todo Takatora was given the Iyo-Uwajima fiefdom, it was later repaired and expanded by the second feudal lord of the Uwajima Date clan, and used until the end of the Edo period.
During the Meiji era, a school was erected on the site and utilised until an air raid destroyed it in 1945. After the war and until 2015, it was used as a sales office of Japan Tobacco and Salt Public Corporation. The remains of the ruins were confirmed in a trial excavation by the Uwajima City Board of Education, and added as a designated historic site of Uwajima Castle in 2016. 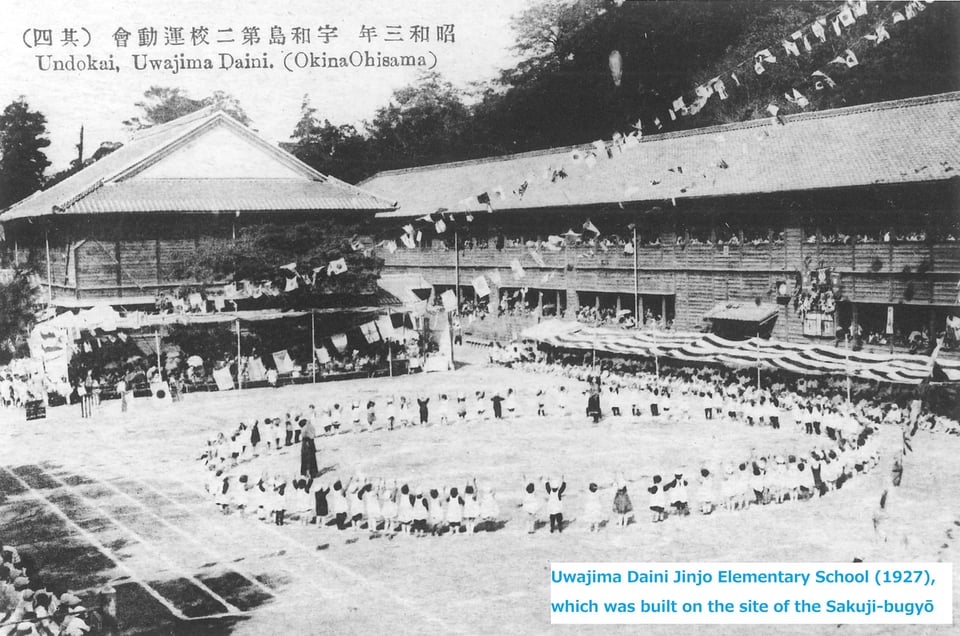 In 2017, an archaeological excavation was conducted of an approximately 500㎡ area, and traces of blacksmithing dated to the Edo period, were found at this location. These new findings led to the belief that this area was part of the construction work site. 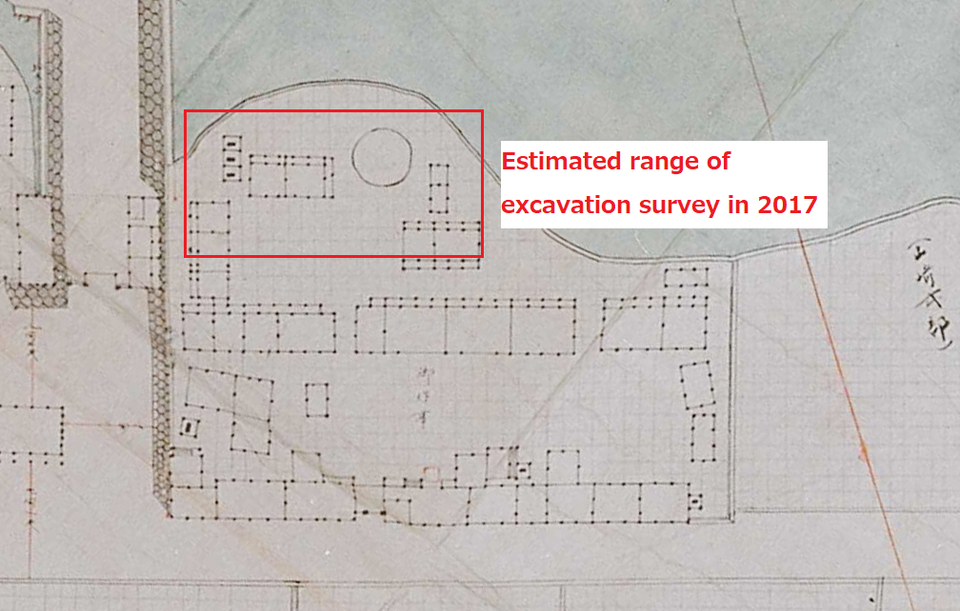 Currently, the site of the Sakuji-bugyō is tentatively used as an office or workshop for organizing the materials obtained from the excavations of Uwajima Castle and for the maintenance of stone wall repairs. The general public is not permitted to access.